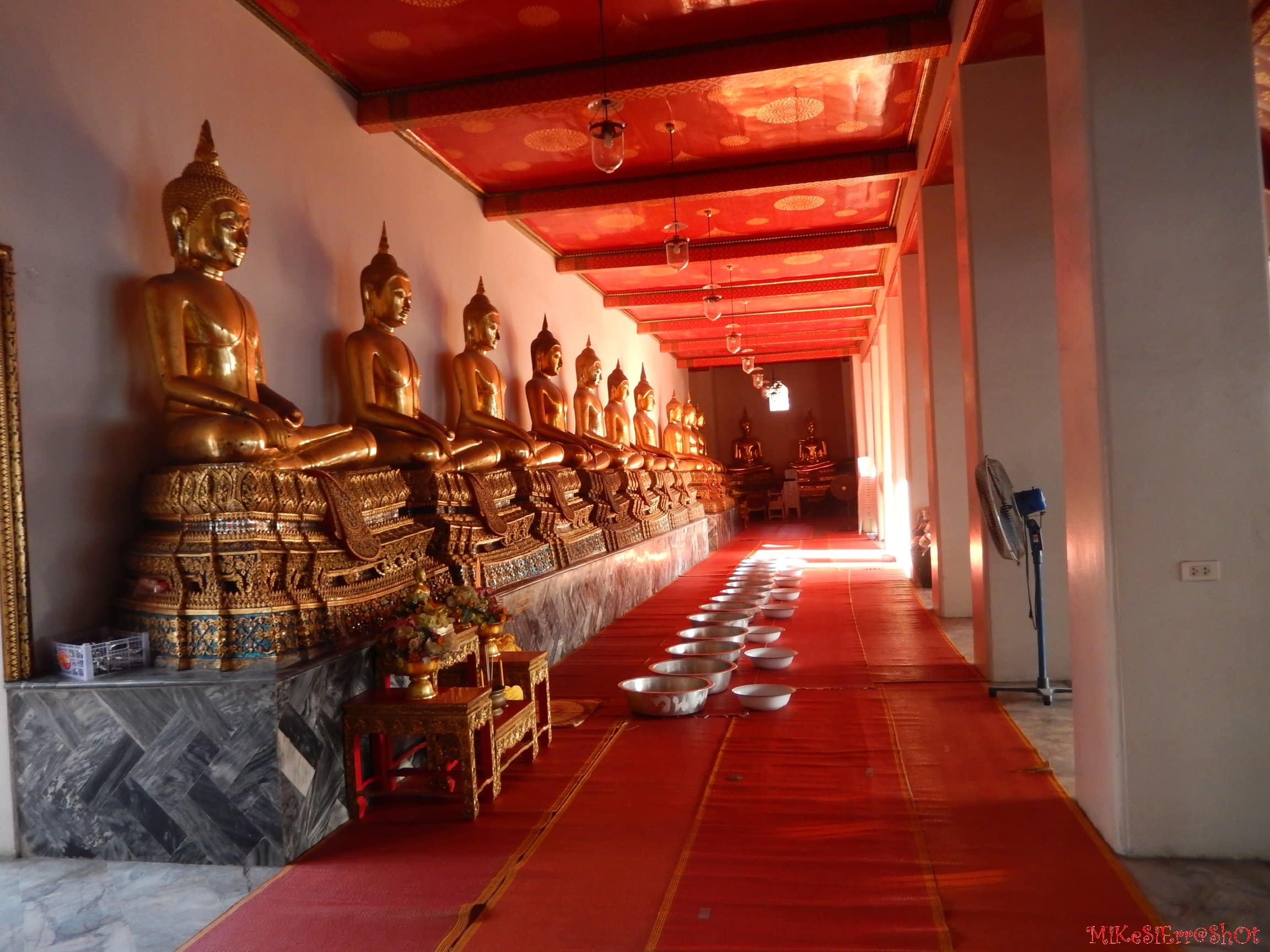 a destination that we wanted to touch, so for the Easter holidays we decided to spend them in Bangkok.

Flight Emirates Rome Dubai Bangkok, high quality hotel on the banks of the Chao Phraya: Chatrium riverside hotel , treatment B & B, we arrived very early but we only had to wait an hour and a half and at 11am we entered. Large room, overlooking the river on the thirtieth floor. Let’s rest a little and then begin to explore the surroundings.

the first day we study the possibilities offered by the connections through the river, very wide and fast boats that run back and forth at really ridiculous prices. Then we explored the most interesting places like:

The Grand Royal Palace which is a complex of buildings located in the central district of Phra Nakhon. It is the official residence of the kings of Thailand since 1785

The Wat Pho a Buddhist temple composed of a set of buildings that is located in the immediate vicinity of the Grand Real Palace. It is also known as the Temple of the Lying Buddha (46 meters in length by 15 in height) with its characteristic toes with the “fingerprints”

The temple of Wat Suthat with its Buddhas

Wat Phra Kaew; full official name Wat Phra Sri Rattana Satsadaram which is considered the most sacred Buddhist temple in Thailand. It is located in the historical center of Bangkok and contains the emerald buddha

Wat Arun which is a Buddhist temple complex located in Bangkok’s Yai district, in the populous Thonburi neighborhood on the right bank of the Chao Phraya River

a day dedicated to the visit of the city of Ayutthaya, with its temples and the characteristic head of the Buddha among the roots of a tree.

a visit to the location of Kanchanaburi where you can visit a bridge made famous by the 1957 Hollywood movie of the same name, The Bridge on the River Kwai which is a structure in steel and concrete still fundamental for Communications from the area. & nbsp; On this site, local workers and allied prisoners of war built two bridges in 1943, one of wood and one of steel, part of the Japanese “Railway of Death”, which connected Thailand with Burma and that was called so because its construction caused the death of over 100,000 men for injuries, acts of violence and hunger.

the famous and endless Chatuchak Market

tuk tuk to no end, fluvial markets, boats driven by petrol engines from countless horses with the characteristic propeller placed at the end of a long iron pipe that raises an impressive trail of water.

a bit ‘of photographs