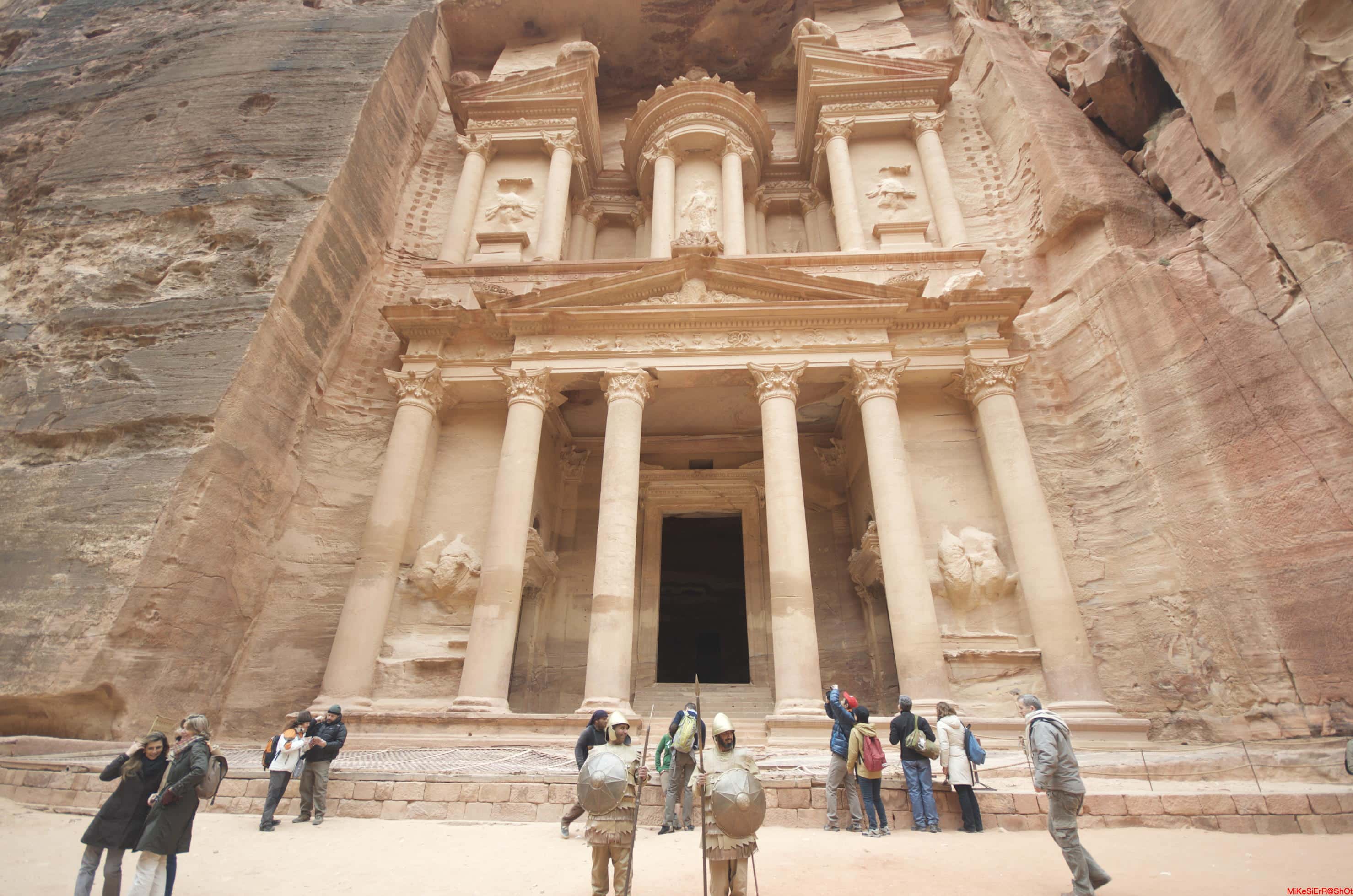 Visit of the Hashemite Kingdom for the 2013-2014 New Year holidays, with the visit of the capital Amman and its Citadel with the Roman theater, the Temple of Hercules and the remains of the different dominations.

A day spent visiting the archaeological site of Jerash with the imposing gate of Hadrian, the Cardo Maximus and his decumans, the temples of Jupiter and Artemis, the thermal baths and the theaters and its theaters.

a brief visit to the site of Mount Nebo where Moses had a vision of the promised land that he could never touch.

the visit of the city of Madaba, to visit the church of San Giorgio in which there is a famous Byzantine mosaic called the Map of the Holy Land, as it depicts the route to reach Jerusalem through over one hundred and fifty locations. The mosaic is accompanied by captions in Greek, which mark the main biblical sites of the Middle East, from Egypt to Palestine. Originally, the mosaic consisted of about two million cards, of which only a third came to us.

A day to visit the archaeological site of Kerak, with the imposing fortress built by the Crusaders.

Two days to visit the site of Petra and its buildings excavated in the Arenaria by the Nabateans and one to visit the small Petra where the Nabataeans ran the Caravans coming from Wadi Rum.

A year end in Wadi Rum (famous for the filming of the film Lawrence of Arabia) where we slept in a very nice tented camp.

A rest stop on the shores of the Dead Sea with a day passed between mud and baths in the salty waters where it is impossible to sink.