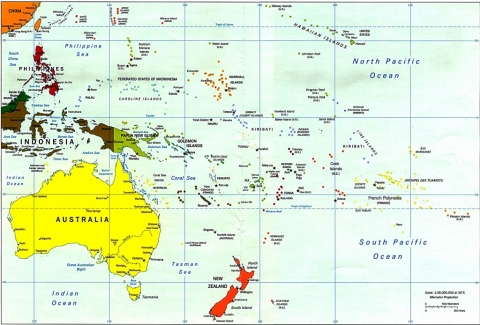 The Down Under continent, explored extensively by the famous Captain James Cook: the English domination remained strong footprint in the two major countries such as Australia and New Zealand with the fundamental difference between the two original Ethnic groups, the Maori, which have kept proudly their traditions, and the Aborigines instead were uprooted and ghettoised